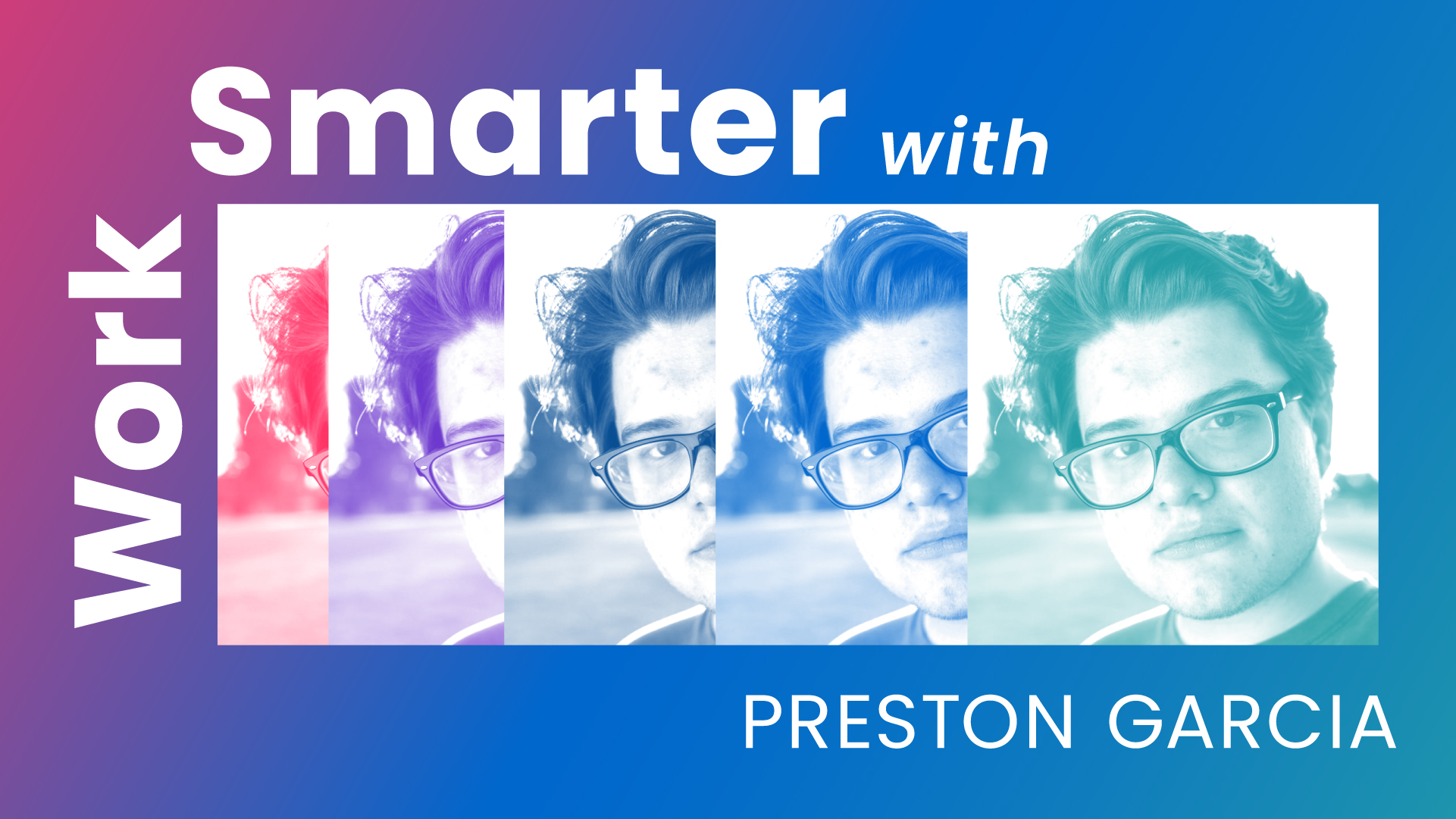 Explaining how to monetize content creation to people over a certain age is not always easy. Thankfully, when he went to quit his job as a busboy, creator Preston Garcia had an apt analogy to explain his new role to his parents: “I become like a TV show where companies will come and pay me to do mini commercials.”

“Obviously, they're called brand deals and all that,” Preston says with a laugh. But at the time, it was uncharted territory. After his first viral video on TikTok earned over 700,000 views, he gradually started calling out of work at the restaurant, until eventually, he took the leap full-time. Today, Preston’s comedic timing and relatable videos have earned him over 1 million followers on TikTok––and he’s only just getting started.

When did you first start creating content and why?

I started creating content back in middle school––when Instagram came out with the video feature is when I started trying to create content. It was little comedy sketches and stuff like that. And then I really took off when TikTok came out, that's when I started doing it for a job.

I love to just film something and then show someone. I love making people laugh and that's kinda why [I started], because that was kind of the only thing I was good at, so I decided just to do it.

What was your first big viral moment and the moment that made you realize that this is something you could pursue as a career?

‍
What is something you wish someone had told you when you started pursuing brand partnerships?

What are your goals?

So I have this quote––and I'm 90 percent sure I'm the one who came up with this quote, but I never say that just in case somebody was alive in the sixties and they said this before me.

But I always have this saying: ‘Future Preston already made it. All present Preston has to do is just do it.’

And I say that because back in middle school, I literally used to say, ‘I want to be a YouTuber, I just want to make videos.’ And I think back now, if I, in middle school, would have been like, ‘Oh no, in the future, I'm already a YouTuber, all I have to do right now is just become one.’ It would be true.

So I say that right now, like 15 to 20 years from now––honestly, maybe even 3 years––I always say I am writing and producing a movie. I will be doing that in a few years. All I have to do right now is just do it. But it's happening as we speak 3 years from right now. I always just say that: ‘Future you already made it, all present you has to do is do it.’ I live by that.

How do you stay organized as a content creator?

I have a whiteboard in my room, and I just write on that. And then I hired an assistant and that just helps out so much with my mental health. But literally a whiteboard, just old school, write it down, your calendar, events, things you have to do.

I had no idea how to invoice before Lumanu, and then when I found out how to use Lumanu and found out that it was three steps to type in something and it makes the invoice for you. That makes the business side of content creation not only organized, but 110 percent more efficient than if I used anything else.

How do you unwind?

I listen to music and I'm into every kind of music except for country, but usually I will put on classical music or Jazz and I will just sit at my desk and literally just go on my phone or something like that. Just music, 100 percent music.

What’s your favorite thing about TikTok?

How it can literally change anybody's life within 24 hours.

What’s something you've been able to accomplish thanks to Lumanu?

When I say stress free, I mean literally no stress at all, business-related, using Lumanu and especially EarlyPay. Getting a campaign and having to wait 60 to 90 days for a payment when you already are making the videos, posting the videos, and getting other emails, just everything? And then you're like, ‘Oh my God, I don't know when I'm going to get paid, how I’m gonna get paid, is there going to be an issue during those two or three months,’ like that's a long time to be just waiting.

So EarlyPay eliminates all of that. I get a text saying, ‘Hey, do you want to get paid now?’ And I'm like, ‘Yeah,’ and I get paid now. They take all the risk. All I do is just like an accountant, I send them over some contracts or send them over proof that I'm going to be getting paid from a business, and it's that easy.

Getting paid for something when you make that something is just fulfilling and rewarding. And mentally, it just takes so much strain off of you. I've always said this about Lumanu: How did somebody not think of this sooner? It is life changing as a creator.

Katie Rothstein
Social Media Manager
Thank you! Your submission has been received!
Oops! Something went wrong while submitting the form.